The vision of Children at Risk Action Network (CRANE) is to see children safe, well and thriving in God’s Plan as they fulfil their God given Potential.

Central to this vision is a desire to see children not only treated well by the adults around them but also for the children themselves to be aware of how they should be treated and to actively ensure their own good treatment.

The Good treatment campaign is one of the global campaigns the Network carries out every year with its members. Key to this campaign is to address awareness, children’s rights and needs and keep children safe while involving adult engagement and seeking community commitment.

The campaign is run through the month of September and six key messages are emphasised. In the past, the campaign mostly stressed five messages; however, following the effects of global warming a sixth aspect on the environment was added to this campaign.

The messages are child friendly and emphasise Love, Acceptance, Quality time, Education, Responsibility and care for the Environment.

Over the years, the GTC has impacted lives of millions of children and adults not only in Uganda but also across the world.

In a recent campaign, we experienced tears of Joy when a girl and her mother reconciled. The two had been dealing with many issues, which they were able to talk through following a series of meetings resulting from the campaign. The two forgave each other, hugged and walked back home happier than they had come.

The campaign has helped change the mind-set of parents especially in terms of disciplining their children and understanding how best they can support their children especially during these very uncertain times of COVID-19.

We call upon all Network members to join us in advancing this campaign even further.

Globally, it is estimated over 600 million girls and women alive today were married as children. For some of these women and girls – this means a life being deprived of their rights. Deprived of a seat in the classroom. Deprived of a chance to make their own decisions and deprived of a voice to speak out about issues that they face.

The practice of early child marriage limits choice, limits futures, and limits the lives of millions of girls. It challenges the commitment to gender equality and it blocks progress towards the better, fairer world envisioned by the Sustainable Development Goals.

Despite this daunting number there is some good news like in Bridget*’s story.
Bridget* is a 15-year-old girl living with a disability. In 2017, Bridget* was enrolled in one of our creative learning centres for catch up and later reintegrated into a mainstream school. Bridget* and her sister live with their elder brother Jasper* in a Kampala suburb.

Jasper* does not have a stable source of income and when COVID hit in 2020, he could not afford to take care of both his sisters hence sending them to live with their mother in the village. When schools were partially opened in 2021, both girls returned to Jasper*’s place. This was however short lived as the country soon went into a second lockdown. Once again, the girls returned to their mother’s village in Mpigi.

In 2022, following a full reopening of the economy, schools reopened once again. Bridget* however, did not come back to Kampala. Jasper* later learnt that his young sister had been married off by her mother. As soon as he heard the news, he travelled to the village to ascertain what had happened. To his surprise, it was true. Without hesitation, Jasper* got in touch with Bridget*’s Learning Support Teacher at her former school who later got in touch with the mentor in the same community. Both the teacher and mentor are associated with Oasis a CRANE network member.

The community mentor and Jasper* agreed to meet and pay a visit to his mother. This was to tactfully rescue Bridget* from a forced marriage. With the help of police in Mpigi, Bridget* was rescued and the perpetrator imprisoned. Bridget and her sister are now back in school and receiving counselling to heal from the traumatic experience.

We know from the COVID spread and from other public health crises that adolescent girls are disproportionally affected by emergencies. Child marriage, sexual violence and exploitation, and adolescent pregnancy increased in some parts of the country leaving so many marginalised children out of school.

This particular pandemic led to school closures and a loss of education, schools were closed for nearly two years. We therefore would like to thank our network members especially Oasis in this case particularly Mentors and Learning Support Teachers, who worked tirelessly to ensure that our girls were kept safe and made sure they all returned to school as soon as schools reopened. 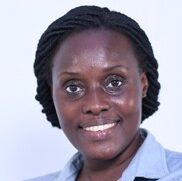 CRANE’s vision is that Children are Safe, Secure and Thriving in God’s Plan as they fulfil their God-given potential and one of our focus areas is Children enjoying Safe Spaces.

Children are exposed to legal processes as victims of abuse; witnesses of crime, those in conflict with the law and sometimes because their parents have cases in court. In Uganda, the Office of the Directorate of Public Prosecution (ODPP) handles numerous cases, many of them falling in the category of defilement and the majority of victims are children as young as three months old. The perpetrators are well known to the victims and sometimes-even relatives. CRANE has tirelessly advocated for safe spaces for children to express themselves and now 9 child friendly rooms have been created for them.

CRANE’s partnership with the ODPP led to the training of more than 400 public prosecutors to promote child-friendly ways of approaching children so that they are respected and dignified in the process. This led to the launch of the first child-friendly space at the ODPP – a beautiful and fully equipped room that gives children a relaxing and free environment to express themselves. Click here to see a video about the launch.

The rooms include a wide range of therapeutic books for both children and prosecutors, play materials and a lot to help them relax and tell their story with ease and without intimidation. They are also receptions and holding spaces for child victims, witnesses before their appearance in court, Preparation rooms for victims and witnesses for court by the prosecutors, Interview rooms for child victims and witnesses and support centres for children who are at risk and may be in need of advice and support. In addition, with CRANE’s provision of anatomical dolls to support ODPP in handling of gender and sexual offences in court, conviction rates have increased from 50% to 70%.

“The room is the first of its kind to cater for a very important, vulnerable part of society and our clientele,” says His Lordship Justice Mike Chibita, Director of Public Prosecution in Uganda.

With nine child-friendly rooms now across the country, we believe that children will have less traumatising traditional court moments, which will lead to good quality evidence and thus more convictions or justice. Crane’s safeguarding team has carried on with training prosecutors in child safeguarding, psychology and development to promote the same cause.

CRANE network is all about children and ensuring they are well and thriving in God’s plan. As a network, we believe the safest place for any child to grow and thrive is family. Looking at the two past years, we would like to acknowledge that they have been rough on everyone especially children. COVID’19 was and still remains a huge challenge for many people. The disease created such fear and anxiety amongst the young and old alike. Children were out of school for nearly two years and social distancing left them feeling isolated, vulnerable and bored as is the story of two cousins, Mark and Peter. The two boys strolled away from home unnoticed only to get lost. They were picked up by a motorist hours later and taken to the nearest police station for further assistance. The police got in touch with CRANE and through our social workers was able to trace the family and had the boys reunited (https://www.viva.org/2020/11/09/a-heart-warming-reunion/).

Street connected children were terribly affected as well. Following the president’s directives on total lockdown, streets of Kampala were once again left empty with the children living on the streets stranded with no place to stay and subjected to severe hunger due to the starvation since they mostly ate food remains from the garbage bins at the restaurants that were now closed due to the lockdown. Since Health insecurity was still a big threat in the country and the entire Globe, the lives of these children were at more risk because of their vulnerability and exposure on the streets. Street children generally do odd jobs to sustain themselves. They beg, sell small items and collect garbage. Sexual abuse and addiction are rampant among them. Their vulnerability often lands them in the net of addiction and criminalisation.

In Response to the above situation, CRANE with its members and government partner Kampala Capital City Authority (KCCA) team headed by the Deputy Director for Gender at KCCA, in collaboration with the non-governmental child focused organizations working with street connected children like Uganda Child Rights NGO Network-UCRNN, Dwelling Places Uganda, Hope For Justice/Retrak, ABAANA Ministries Uganda,  Rescue Foundation, Mengo Youth Development Link -MYDEL, Kawempe Youth Development Association- KAYDA among others collectively gathered over 180 children from Kisenyi a Kampala slum and the neighbouring areas to ensure that the children were kept safe by placing them under Quarantine. As CRANE, we believe children are the key to a country’s prosperity and should not be allowed to be wasted.

While in quarantine, the children received free COVID testing, emotional, psychosocial support and the team used that opportunity to prepare them for reintegration. Over 50 children were placed in alternative care and 50 more reunited with their families and later reintegrated back into mainstream and vocational schools.

Nakiru is one such a story among the many children that were reunited with families. At only 12 years old, Nakiru was trafficked and brought on the streets of Kampala to beg for a living. Her family had been lied to and empty promises made. Being underage and undocumented meant she was particularly vulnerable. She was subjected to sexual harassment by men on the streets. Through CRANE’s collective action, Nakiru was rescued from the streets, reunited with her family and reintegrated back into mainstream school. Nakiru is happy to be back in school and has big dreams for the future (https://www.youtube.com/watch?v=aqJAVN4BmOw ).

For Nakiru and many other children, returning home allows them to return to a stable, environment, with routines they know and understand. A large part of a child’s self-esteem comes from feeling that they have a place in the world where they belong to and matter to others. Children who feel like they belong have a source of emotional support, warmth and nurturing, protection, help and security and in turn become better adults.

CRANE continues to do this by engaging with other members of the network and has provided a forum where members can share learning, pray and plan together. The desire is to make a bigger impact in the city as we work together than we would have been able to do by working in isolation and to ensure every child belongs to a family.

CRANE would like to thank all its members working tirelessly to ensure children are kept safe, so that they are able to thrive and be fulfilled, according to God’s plan for them.